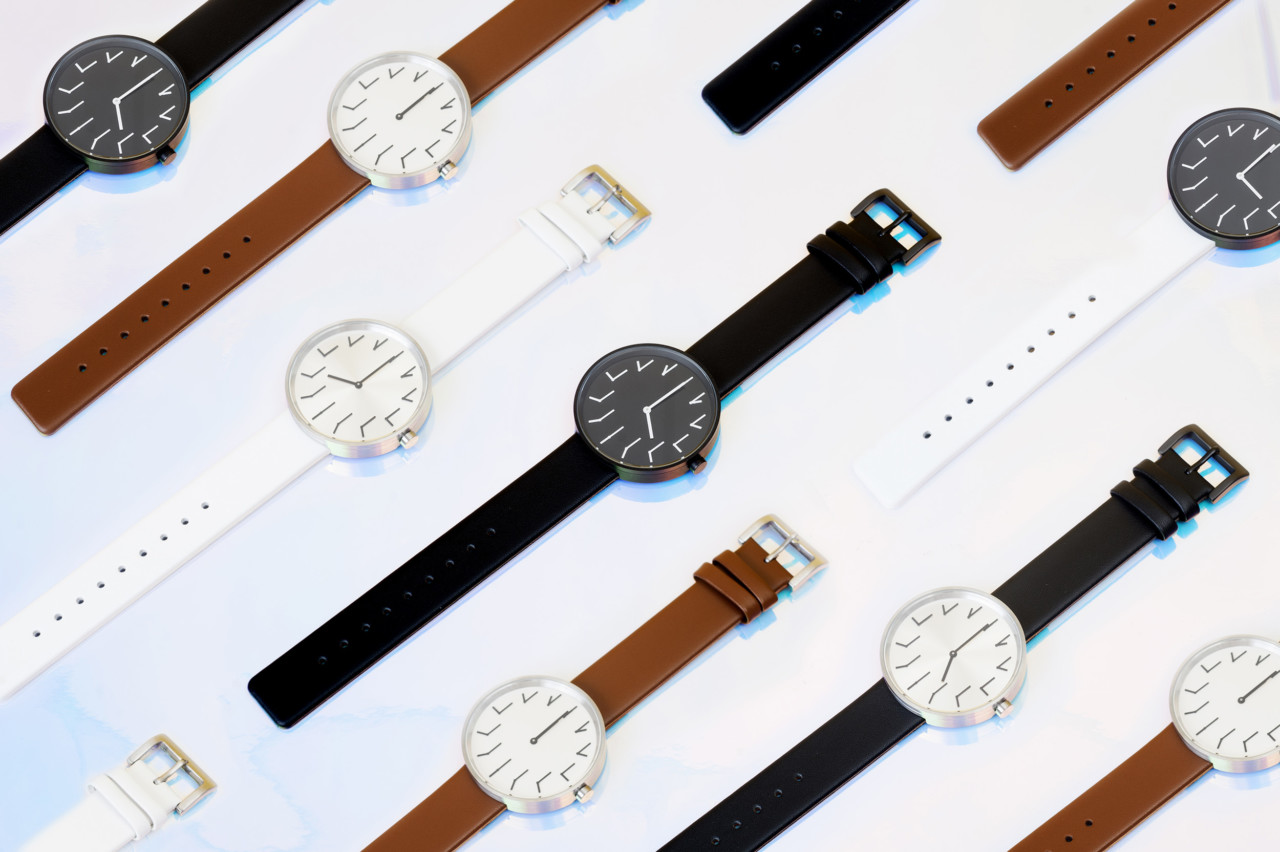 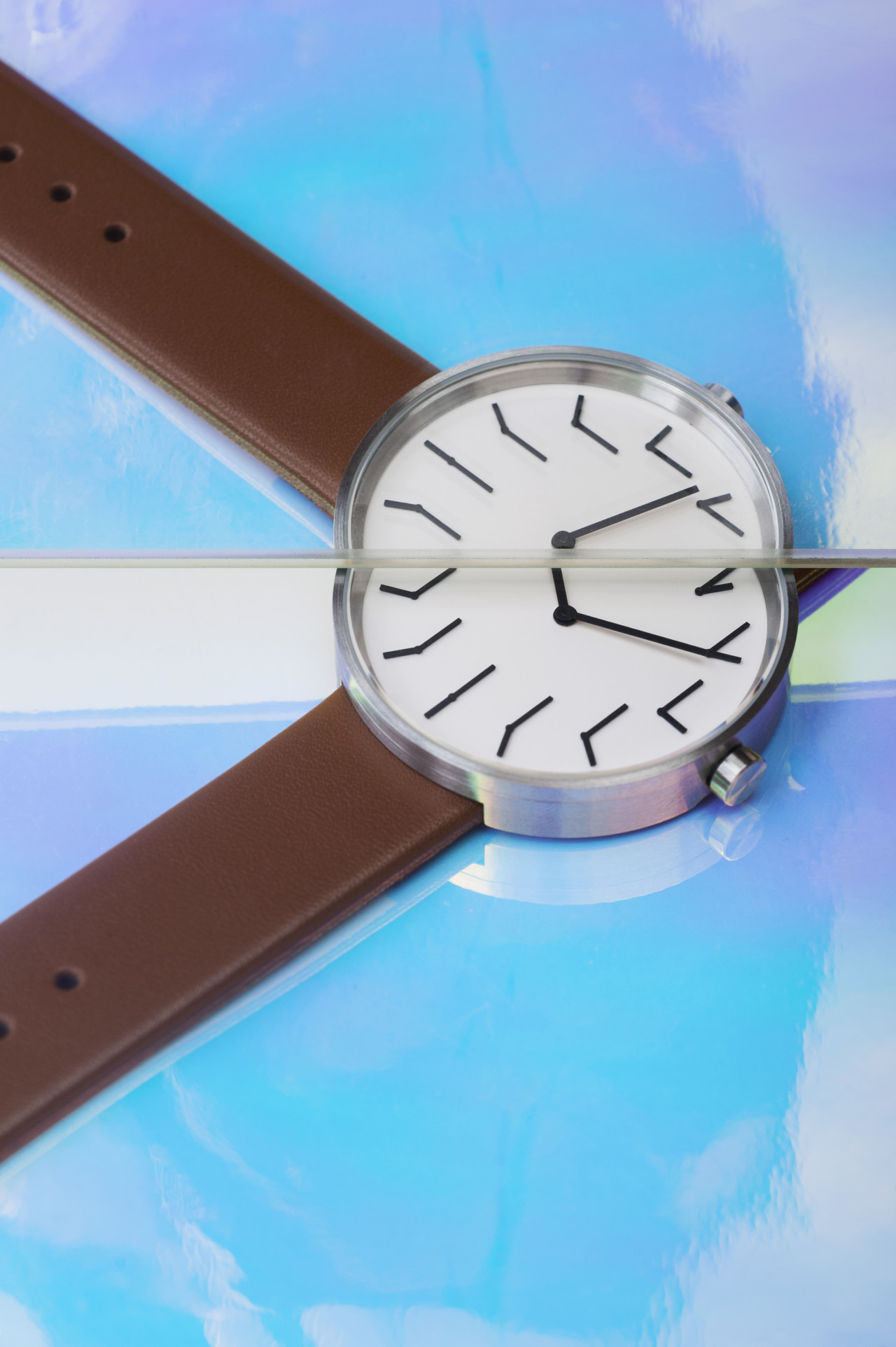 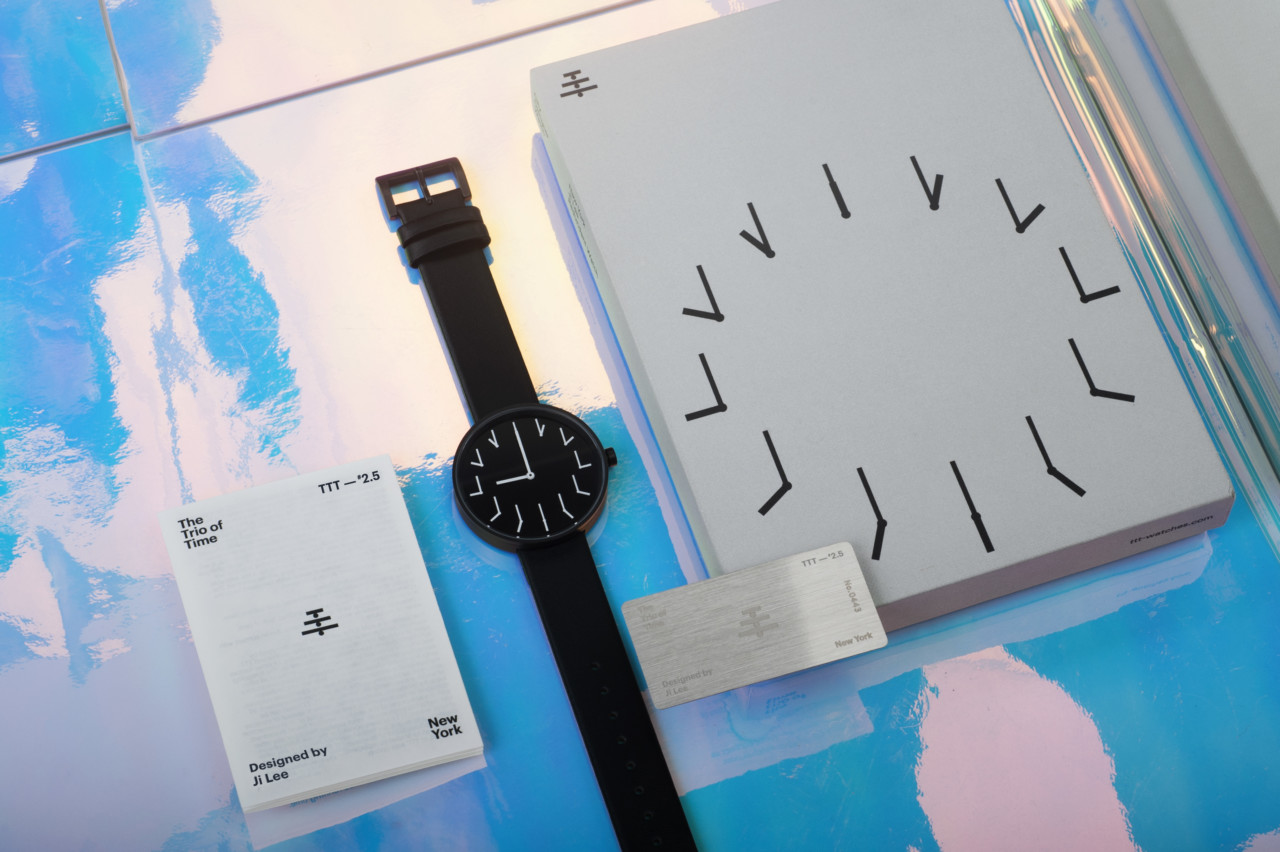 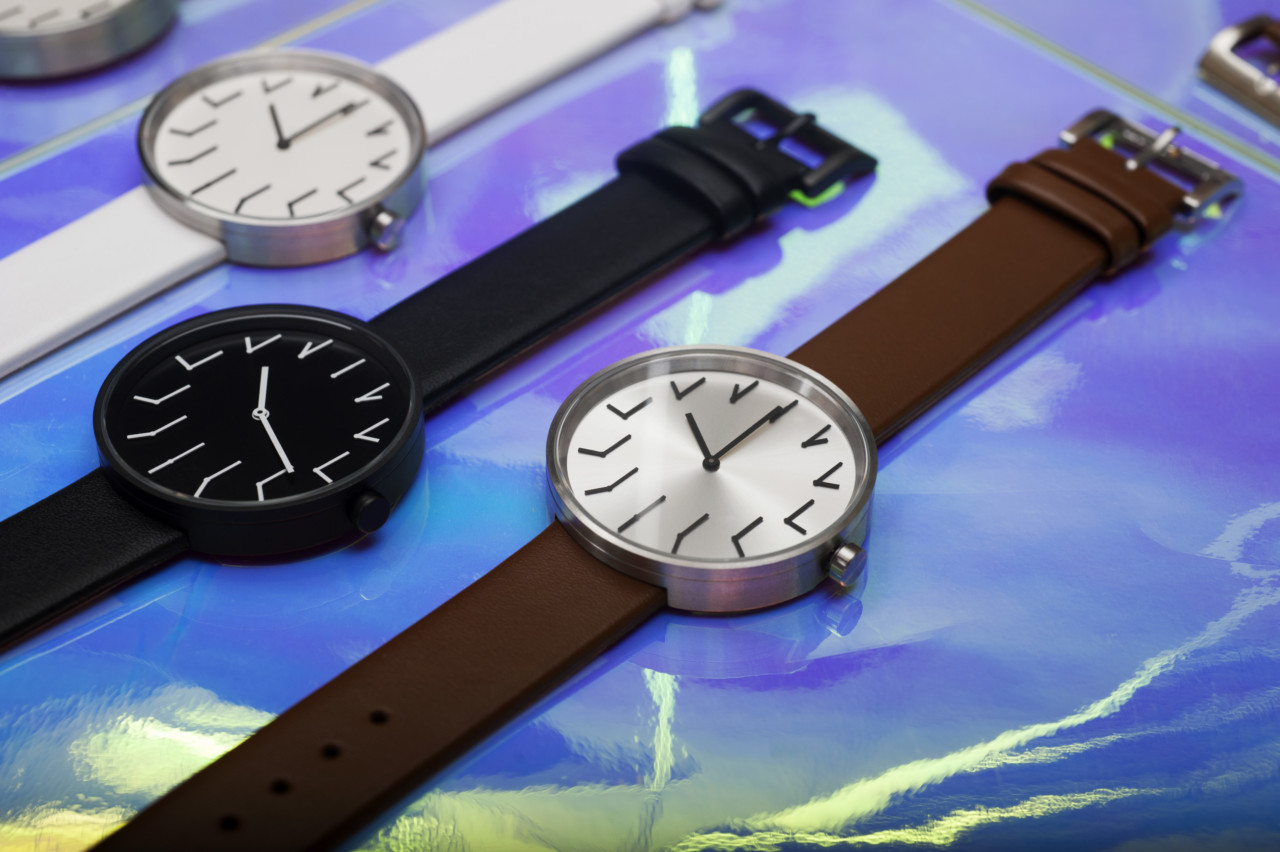 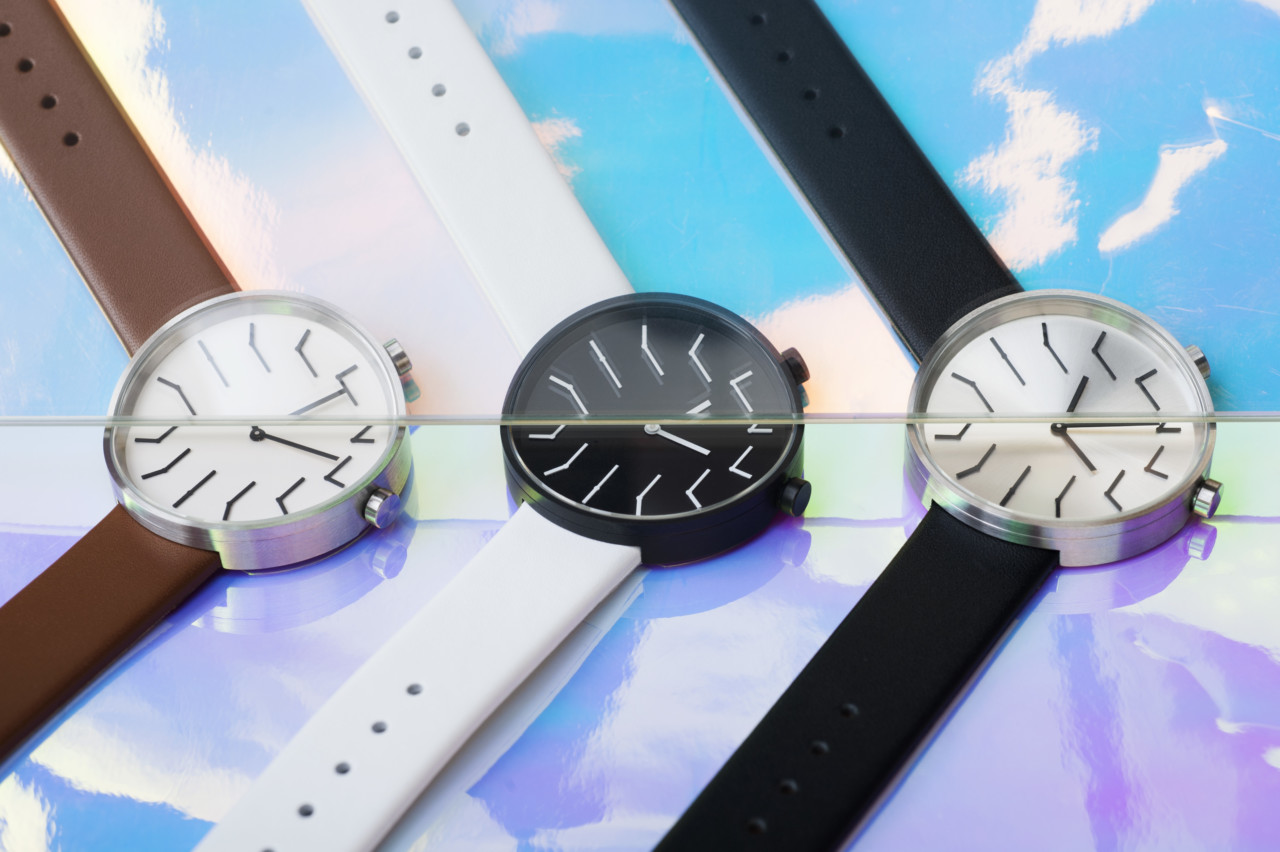 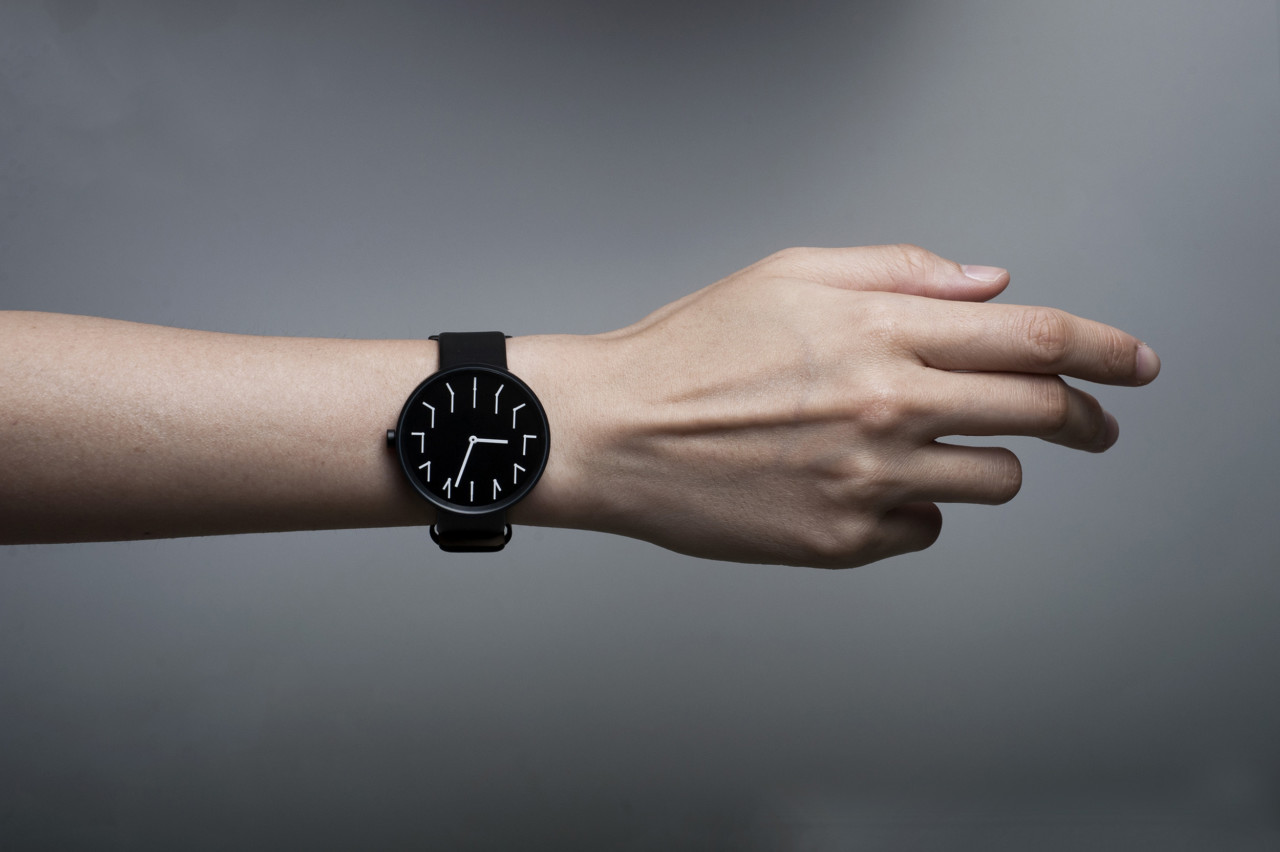 Most sequels attempt to top the original with something bigger and better. But Redundant wall clock designer, Ji Lee – a Communication Designer at Facebook and former creative director at the Google Creative Lab – found himself with the opportunity to follow-up with a design smaller and more personal, turning his wall clock into a wristwatch.

Hong Kong-based Anicorn approached Ji Lee to redesign his wall timepiece into the Redunant Watch for the company’s The Trio of Time series, where it joins Jiwoong Jung’s Hidden Time timepiece, alongside Hamish Smyth and Jesse Reed’s New York Order designs. Borrowing the same “12 miniature hands face plus one large time display” design as its wall-mounted inspiration, Lee’s wristwatch again uses each miniature arrangement of hands to display each hour of the day (non-moving), for an inventive ode to the passing of time. We talked to Anicorn founder Joe Kwan about the challenges and appeal of transforming a 12-inch design into a 40mm diameter timepiece. 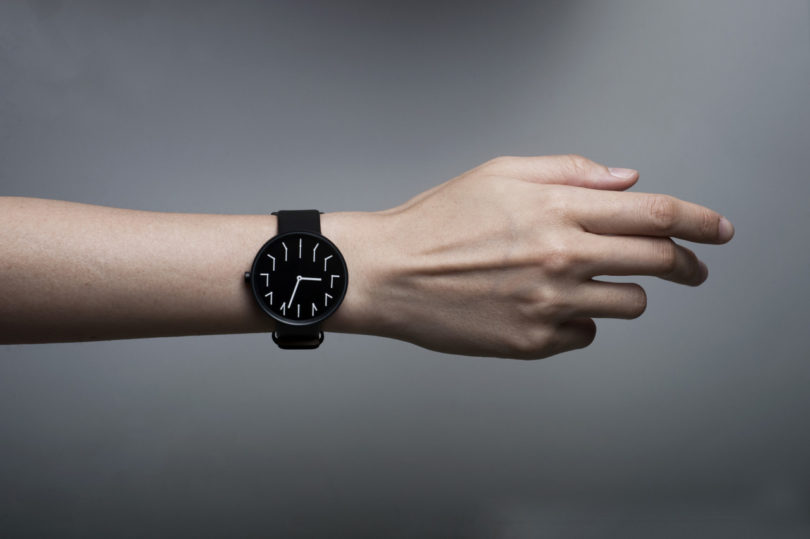 What were the most significant challenges posed in transforming a wall clock design into wristwatch form factor?

Joe Kwan – Anicorn Founder: It’s an interesting process to transform a 12-inch diameter wall clock into a 40mm diameter wristwatch. We had to scale all the elements down to a very small size, while keeping the details of all 12 hours. The locations of the 12 hour marks had to be slightly different from the larger clock design, since we included a small optical illusion. After revising our prototype four times between our team and Ji Lee, we achieved a result both parties are thrilled about. 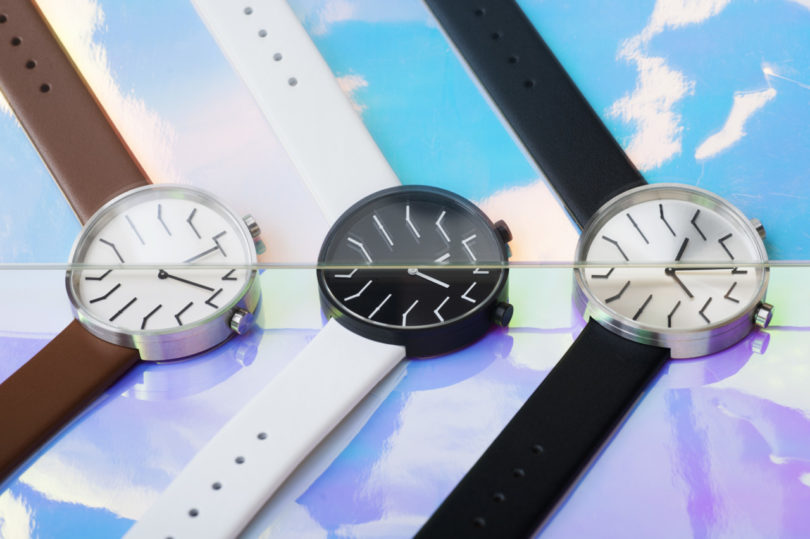 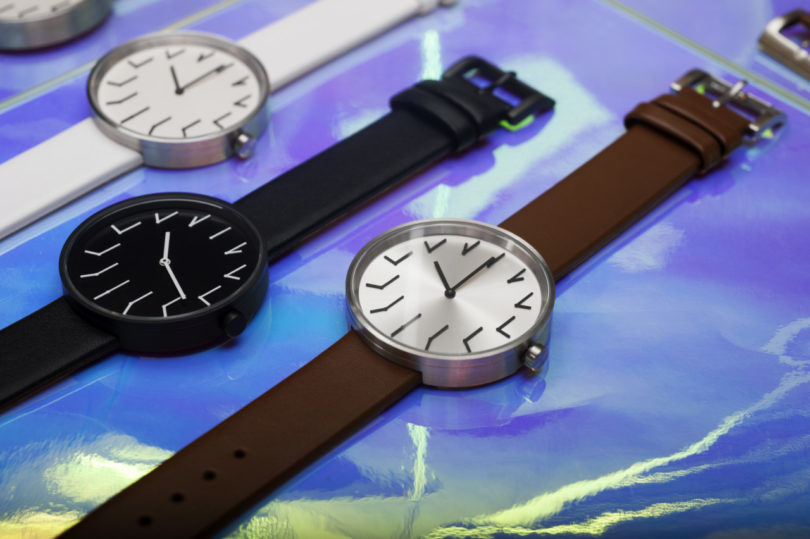 What about the original wall clock design attracted you and Anicorn to this challenge?

JK: The Trio of Time (TTT) is Anicorn’s experimental world tour to explore how international creativity reinterprets perceptions of time. I always look for stand-out designers whose work reinterprets established norms, and ask them to explore telling time in a different way.

I saw Ji’s Redundant Clock on Kickstarter in 2017 and immediately thought it was clever, beautiful, and gave off a uniquely refined sense of humor. After reaching out to Ji about working together, we both agreed it would be a perfect idea to turn this clock into a watch. 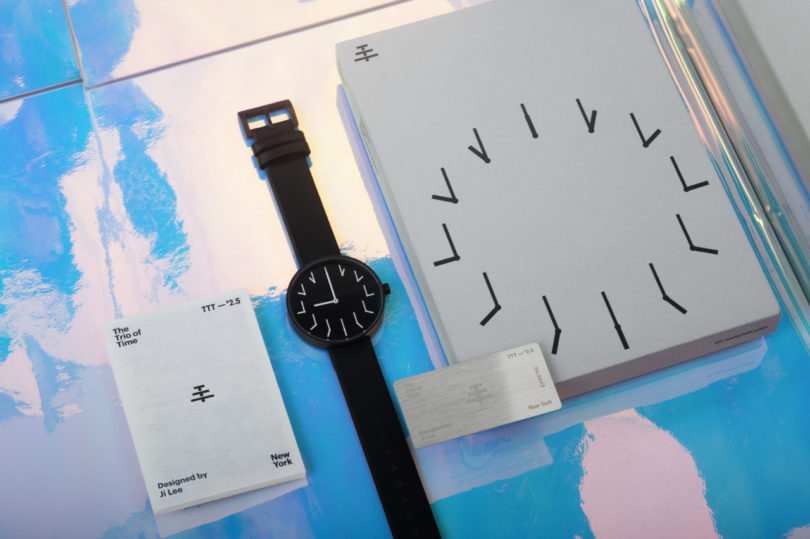 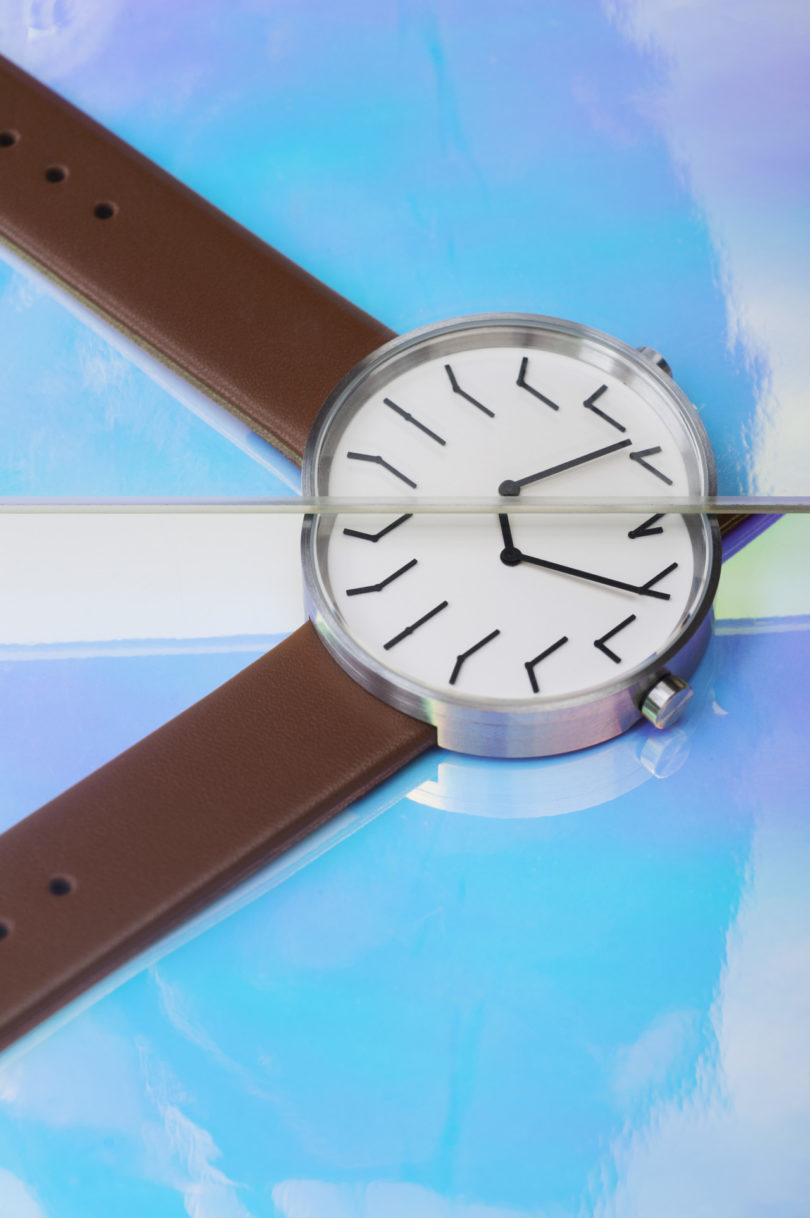 The Redundant Watch completes the Trio of Time (TTT) collection, with all three timepieces available via Anicorn, and with the last of the designs currently seeking backers via Kickstarter before its scheduled end of the year December release.