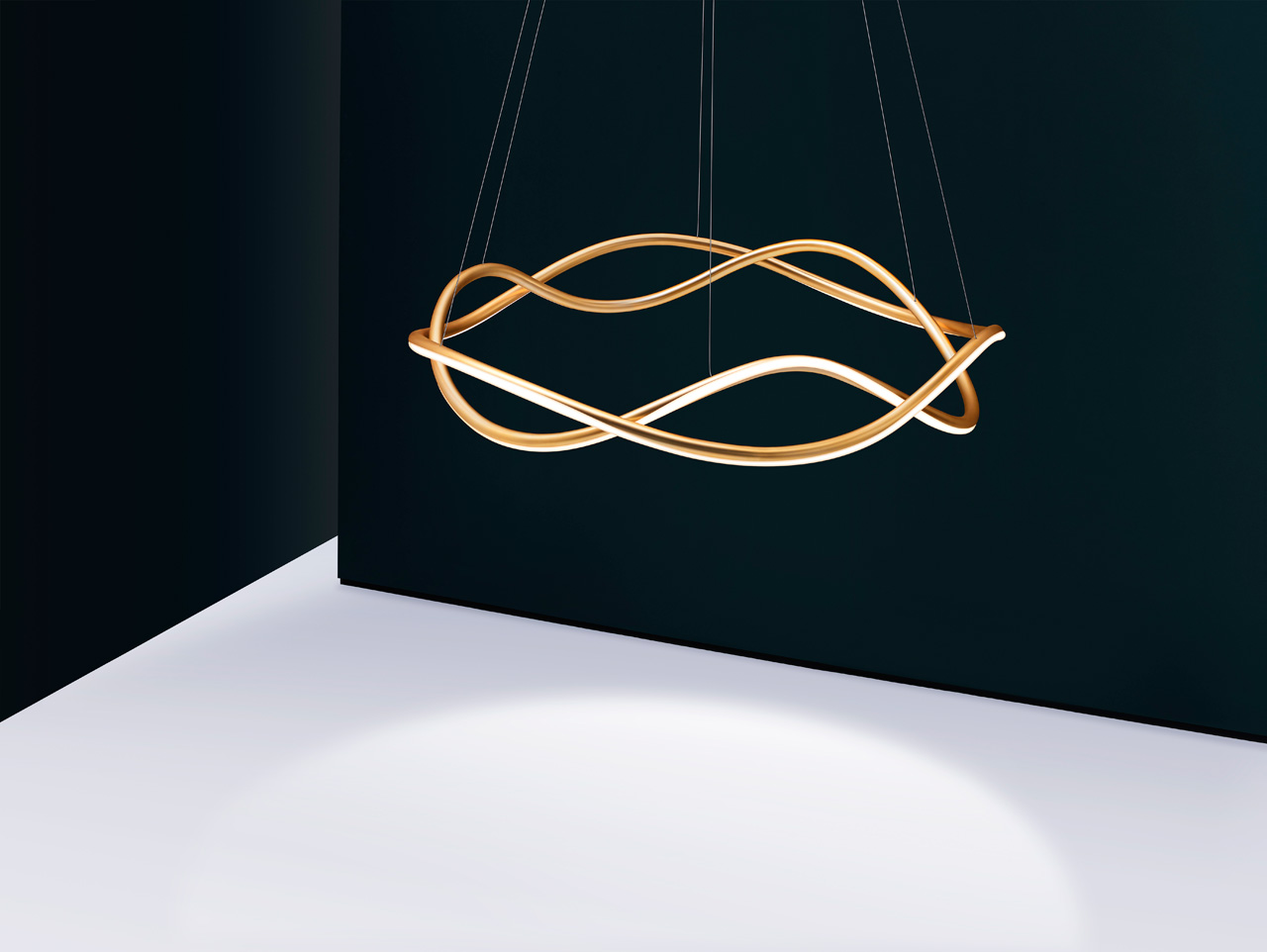 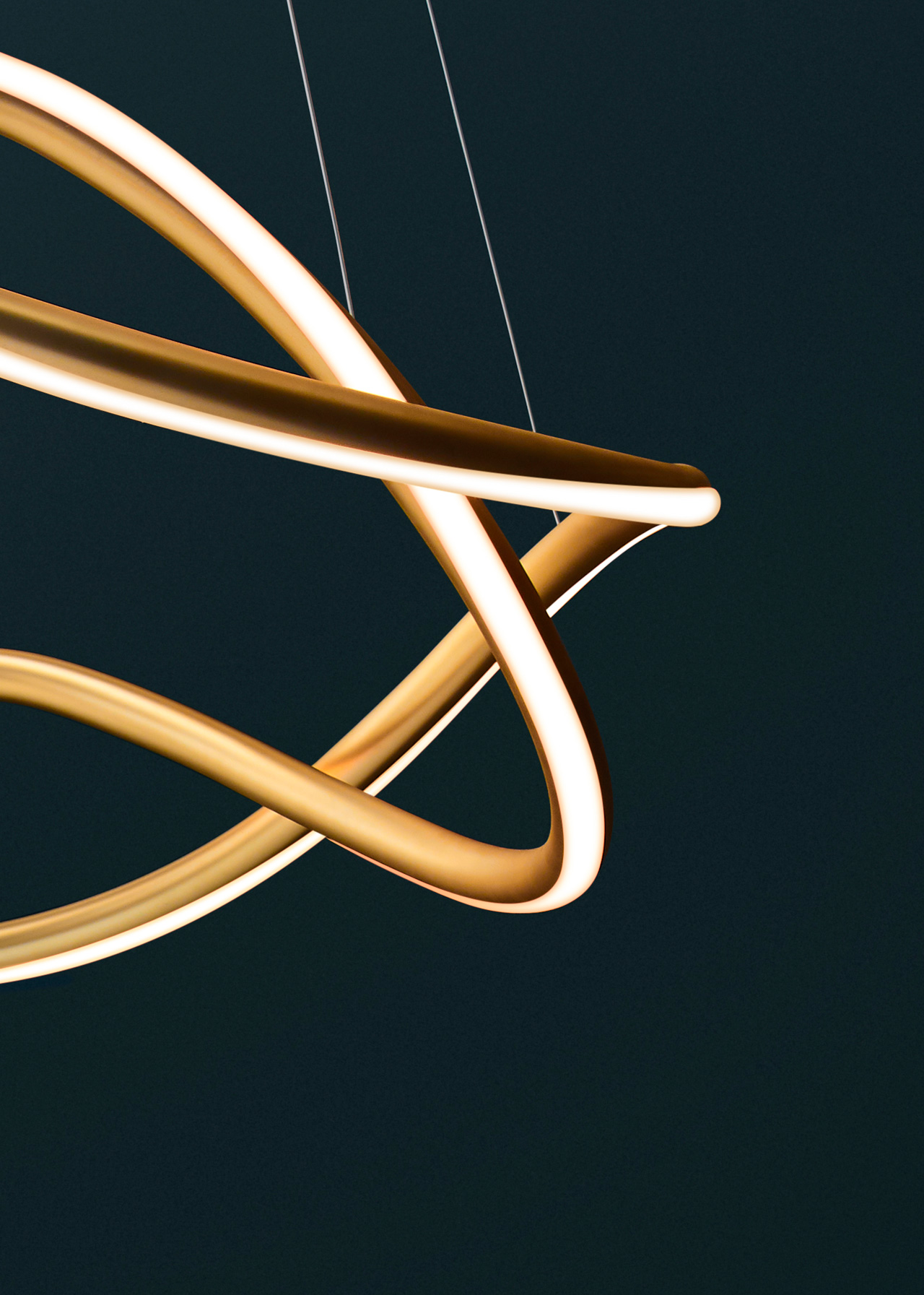 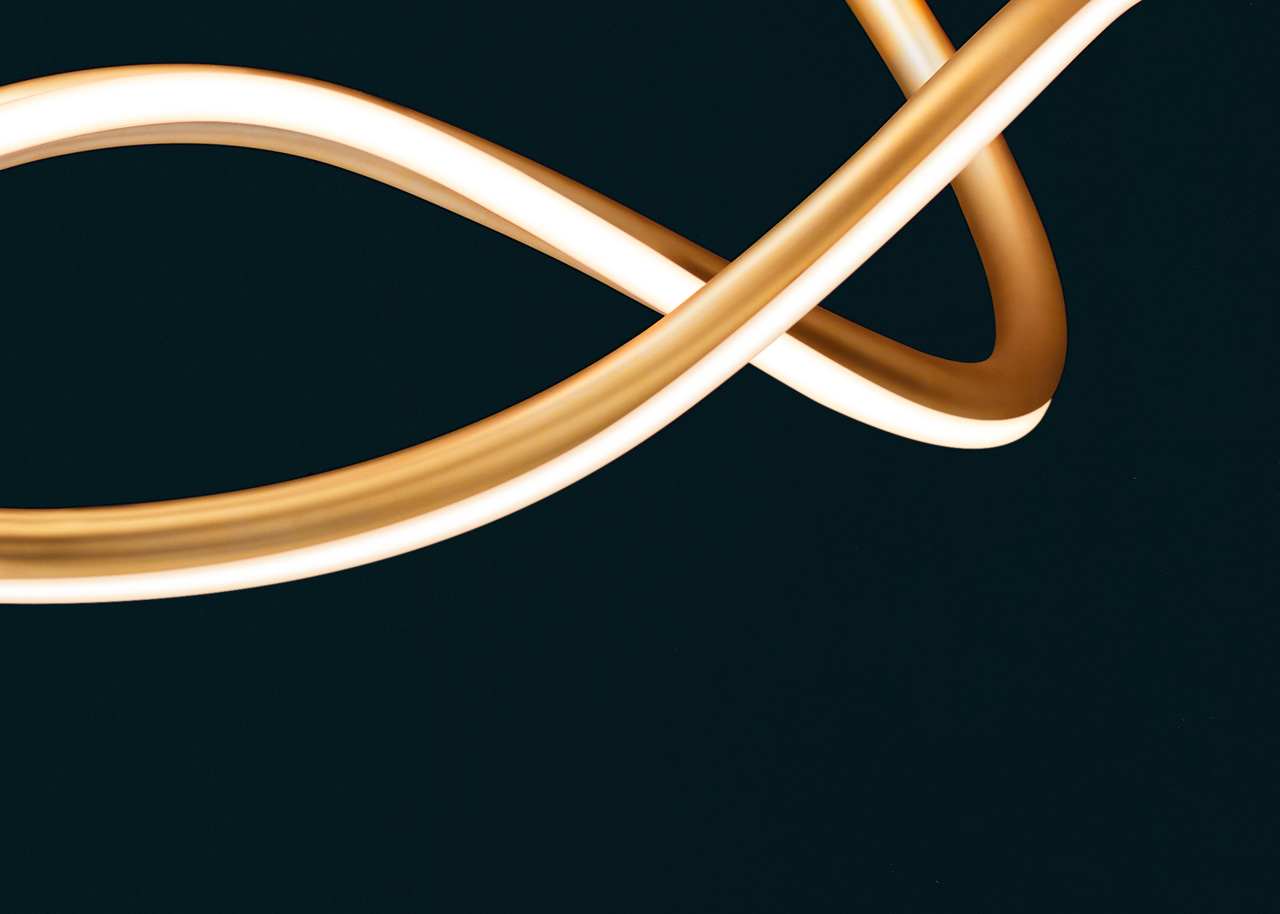 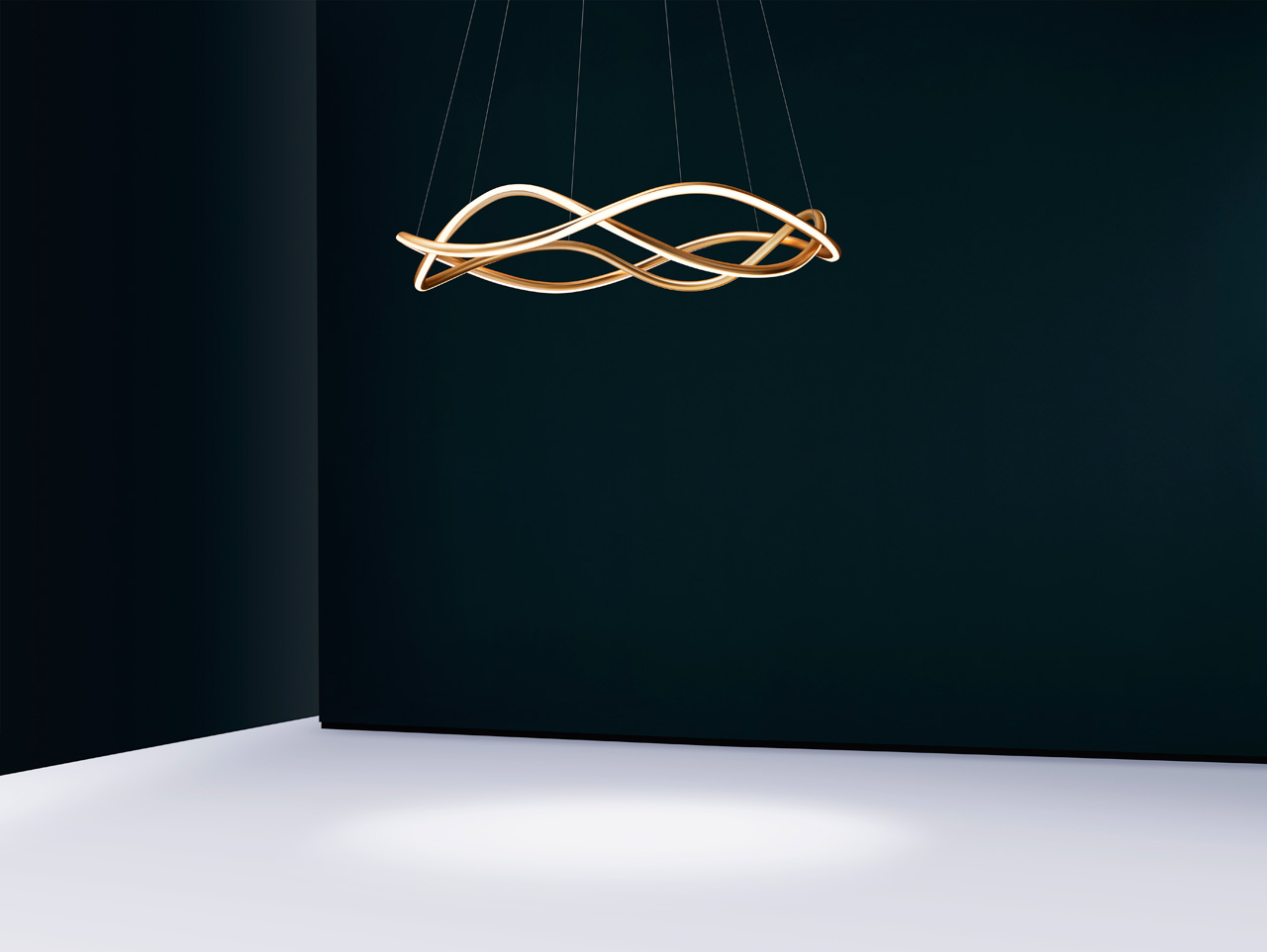 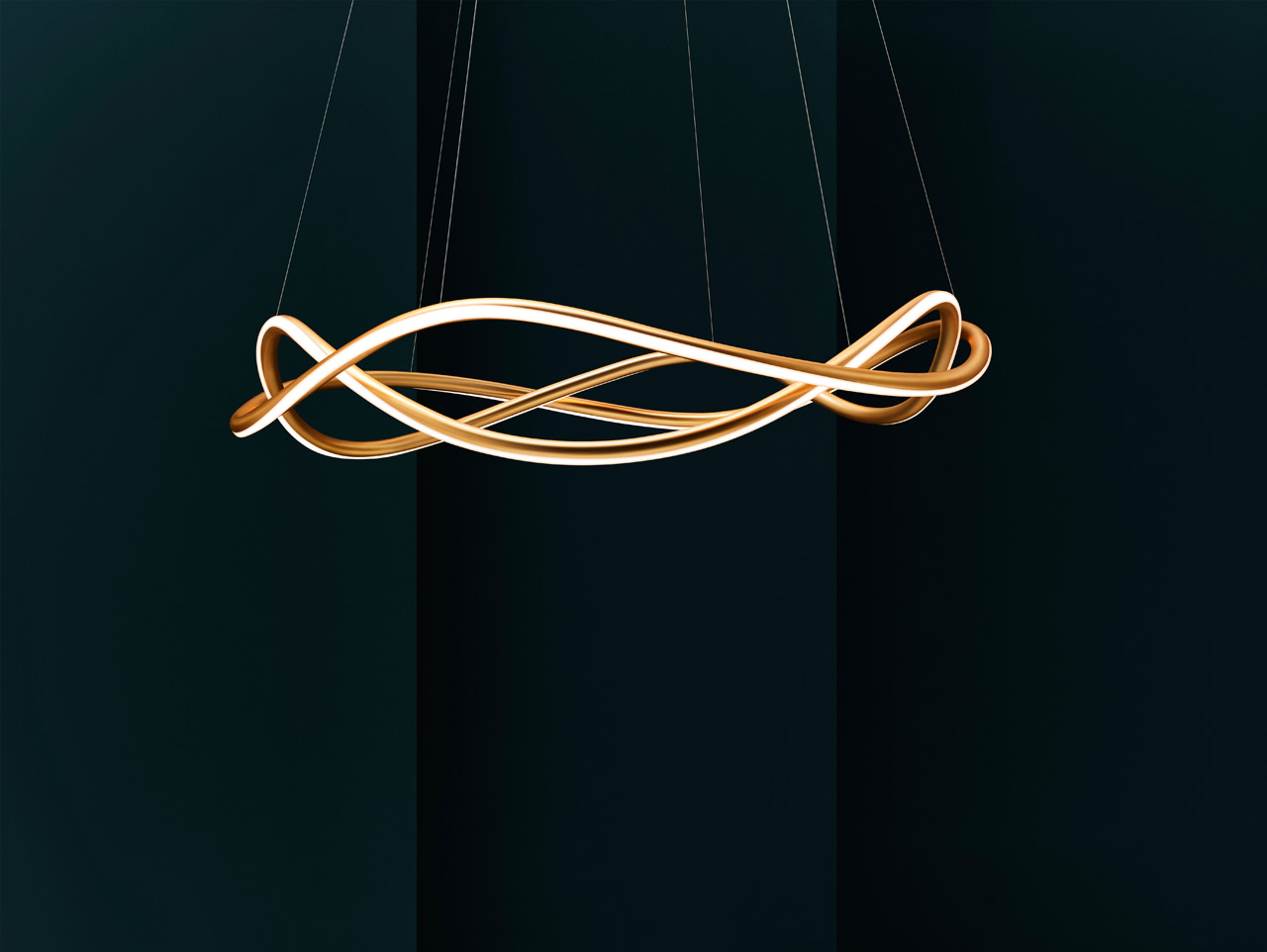 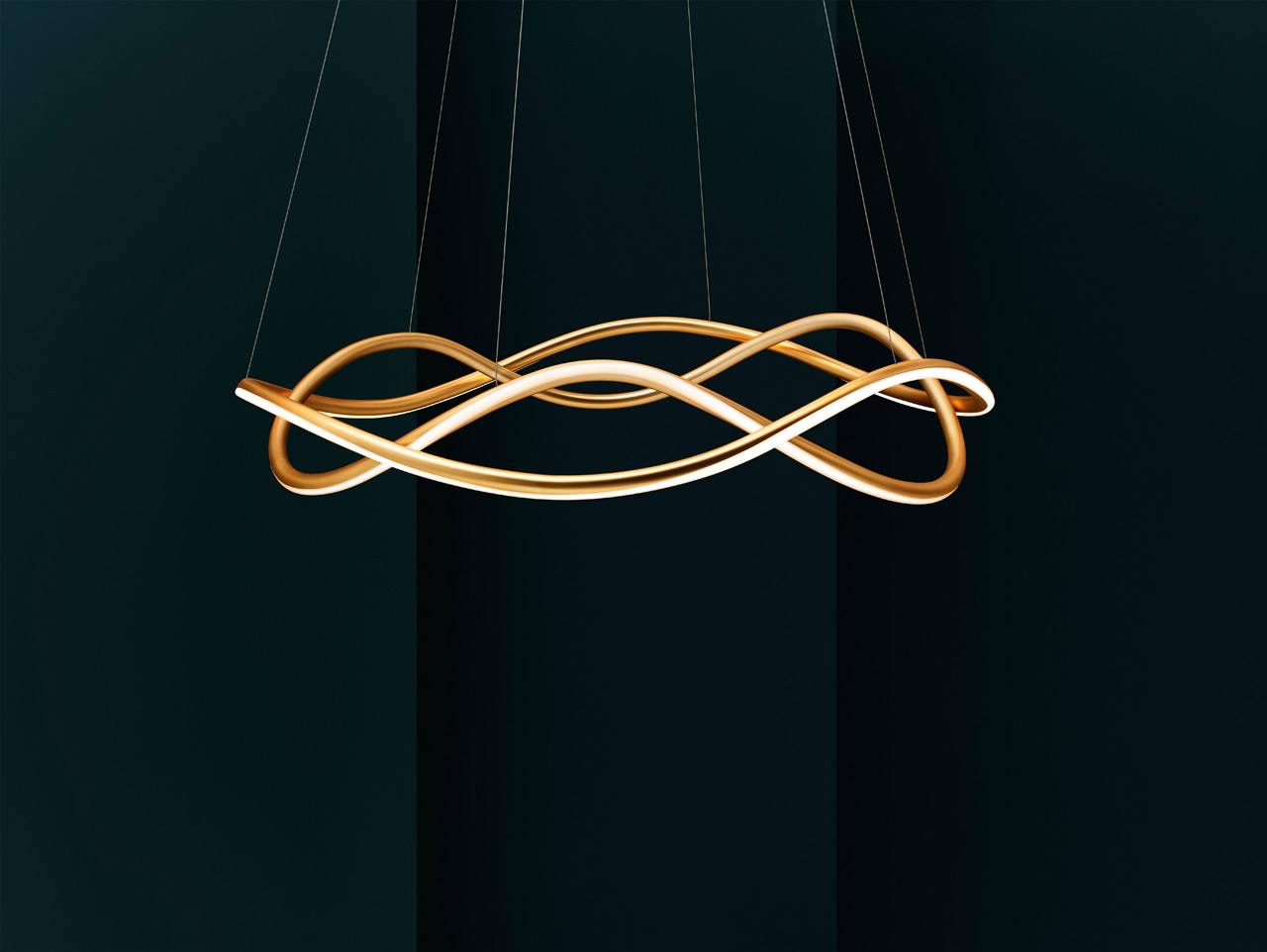 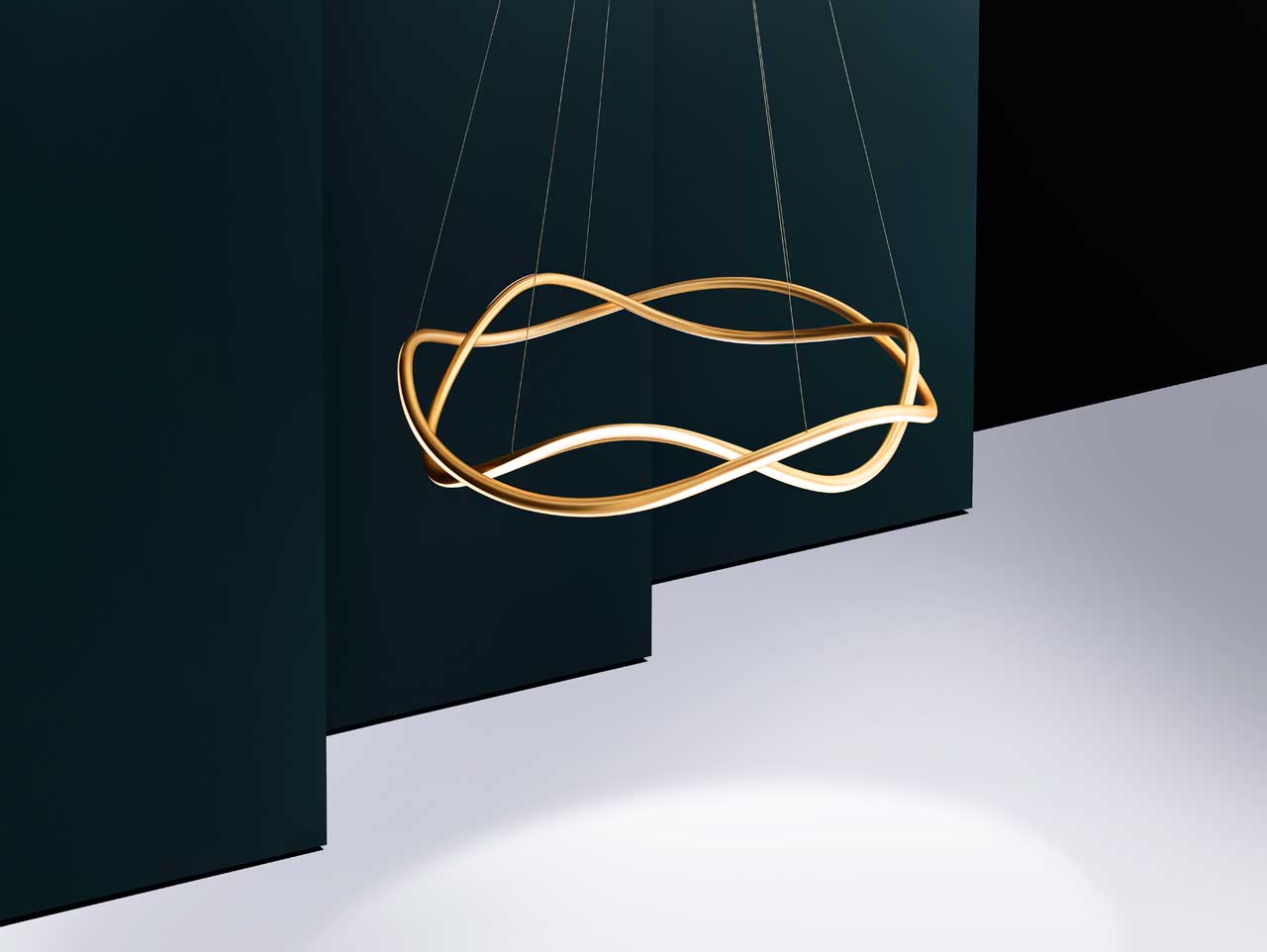 London-based LUUM just launched a chandelier with undulating rings inspired by Japanese 3D tube-bending technology. The light of Aurora, named after the natural light display in the sky, mimics streaks of light in a long exposure photograph through its fluid, curvy rings. 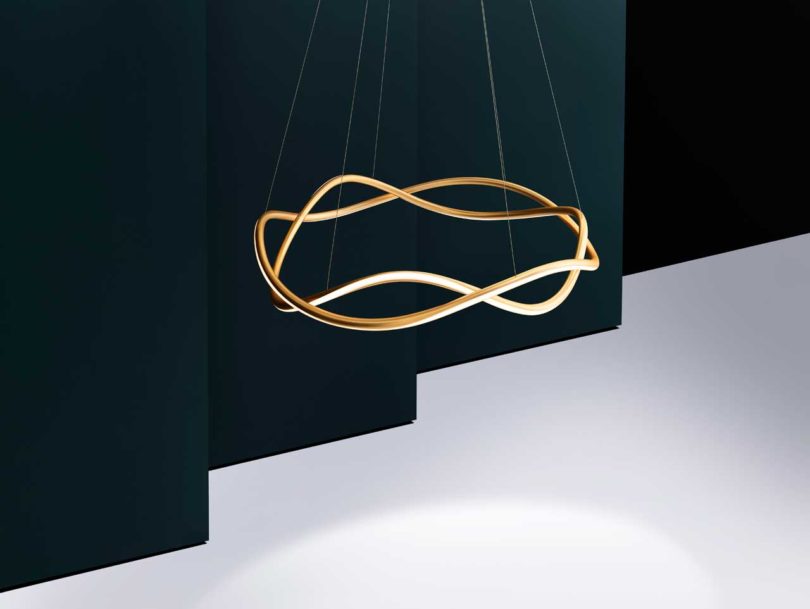 The fixture emits LED light through silicon diffusers that run with the curves of the tubes. Suspended by a series of thin steel cables that also connect to the power source, the pendent appears to float mid-air evoking a sense of floating energy in the room. 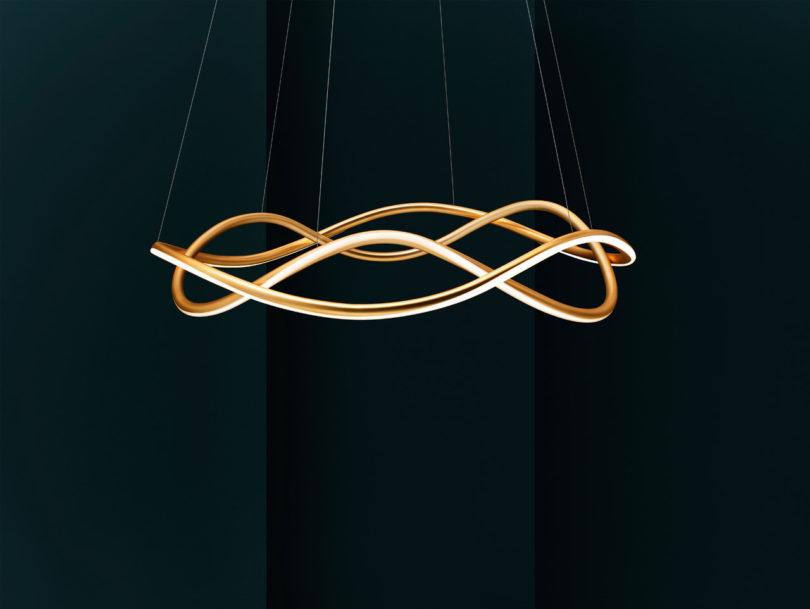 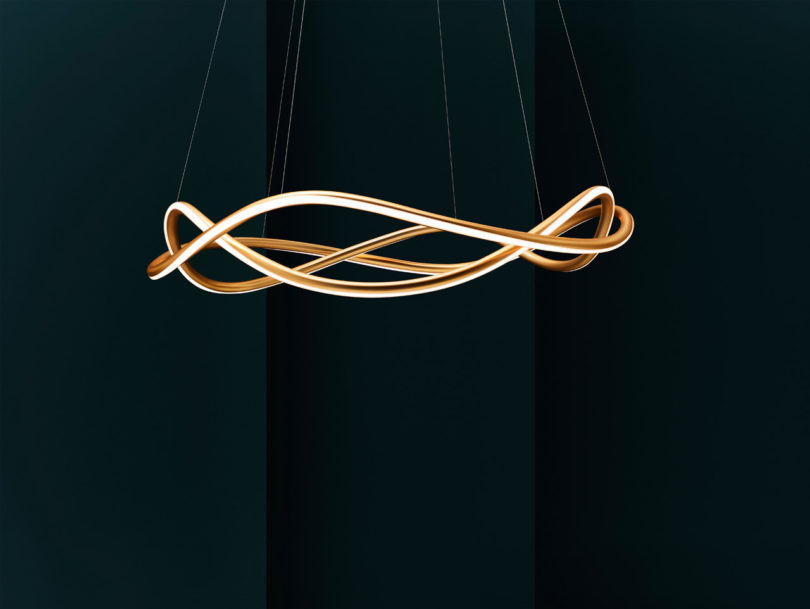 Aurora, which debuts at Euroluce in April, is available in matte gold, satin black, or bronze finishes, with the possibility of bespoke finishes made to order. 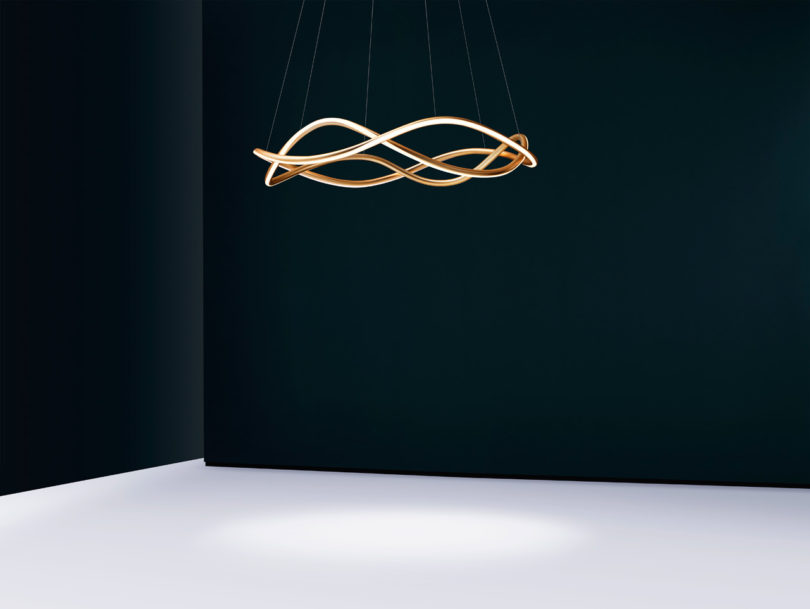 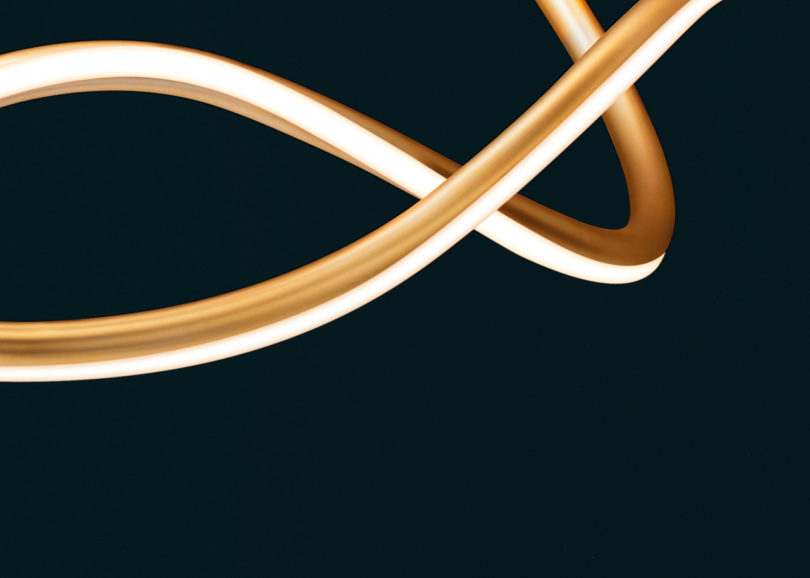 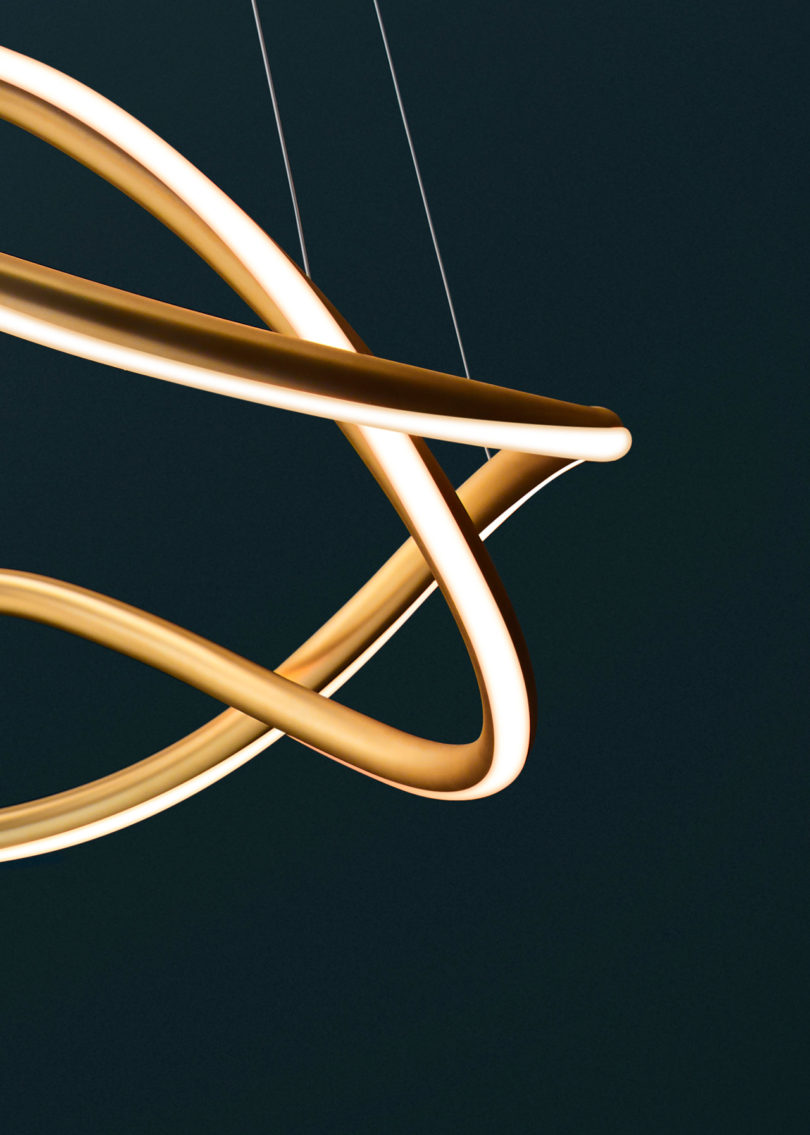